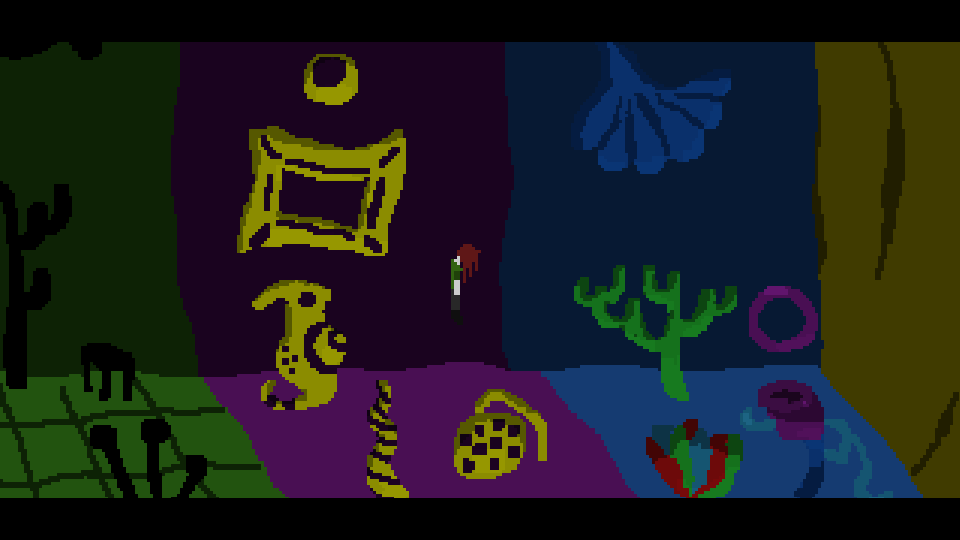 Download for PC
Télécharger pour pc (version française)
Get it on iOS
"lackadaisium is everything i want to see in games: it's personal, has a concise vocabulary of rules that it stretches in many clever directions, and tells its story entirely through play. " - Anna Anthropy, Auntie Pixelante
"Lackadaisium is absolutely perplexing, but also pretty excellent." - Indie Review

Lackadaisium is a surrealist adventure game with puzzle and action elements. It is autobiographical. Made stream-of-consciousness style during a six year-long depressive episode, it aims not just to be a fun adventure, but also to make you feel and confront all sorts of uncomfortable emotions that the author experienced during that time. The primary game mechanic is smashing your head against walls (if you are feeling depressed, my hope is that this mechanic will feel cathartic/relatable, rather than discouraging!).

Originally released on PC in 2010, it was featured on NPR, Indiegames.com, Indie Review, and more. Praised for its "unnerving ambiance" and compared to Yume Nikki, it is a very personal work. Now, it's been ported to iOS and updated to be truer to the developer's original vision, with almost twice as much content (mostly hidden "easter egg" content).

NOTE: this game explores mature themes of depression/anxiety, and has cartoon depictions of blood. It forces the player to smash their head against the wall over and over. It is probably not suitable for children.

Are you struggling with depression or other psych issues? I wrote a bit about my own story and collected some resources; I hope it will help you.