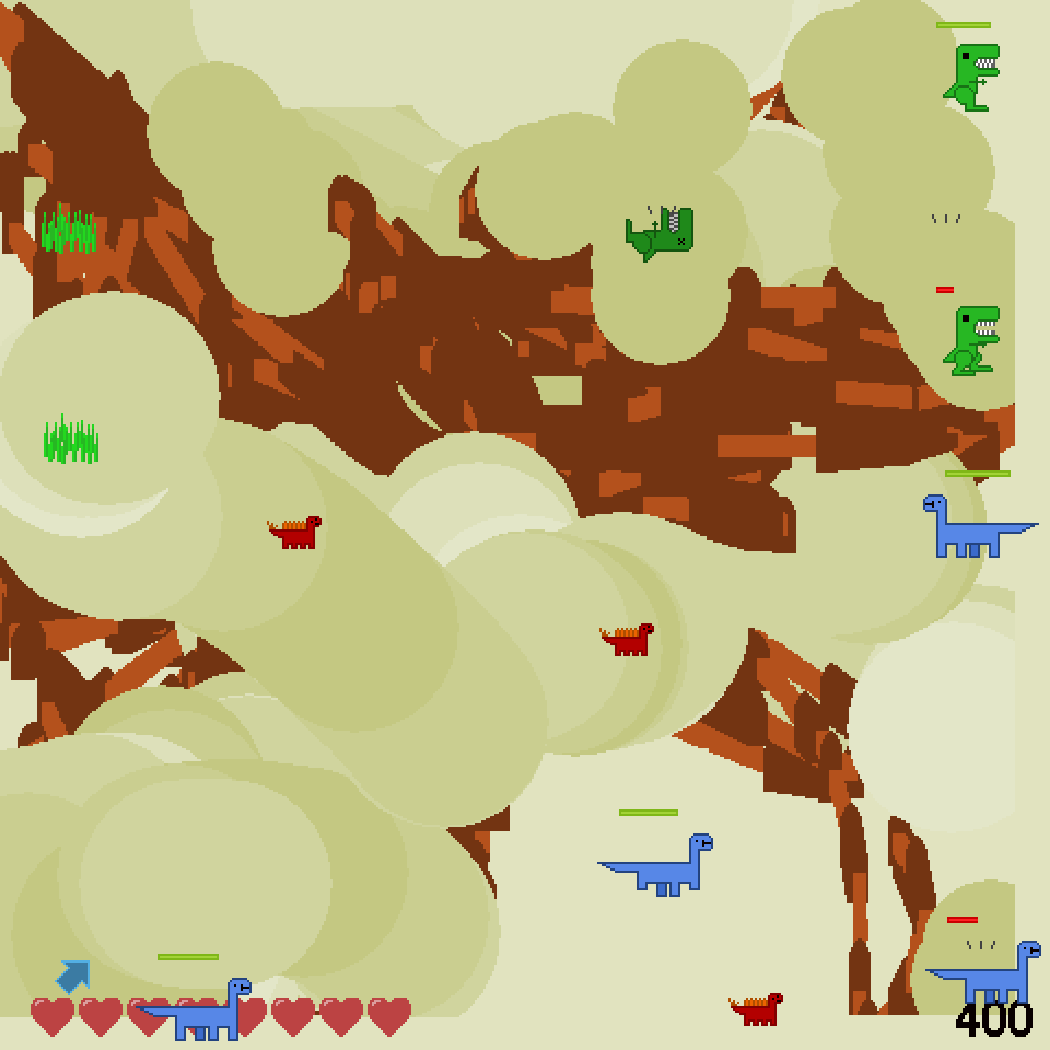 Download for PC
Feed the dinos and keep them from killing eachother as long as you can! It's a bit like an analog, freeform homage to Dinosaur Zookeeper.

Originally made in three hours for Pirate Kart, though I polished it up a bit afterwards. Other than the Pirate Kart, it is only available as a secret game on the Ultimate Walrus website, unlocked by downloading all the other Freeware games, or by saving the golden turtles!